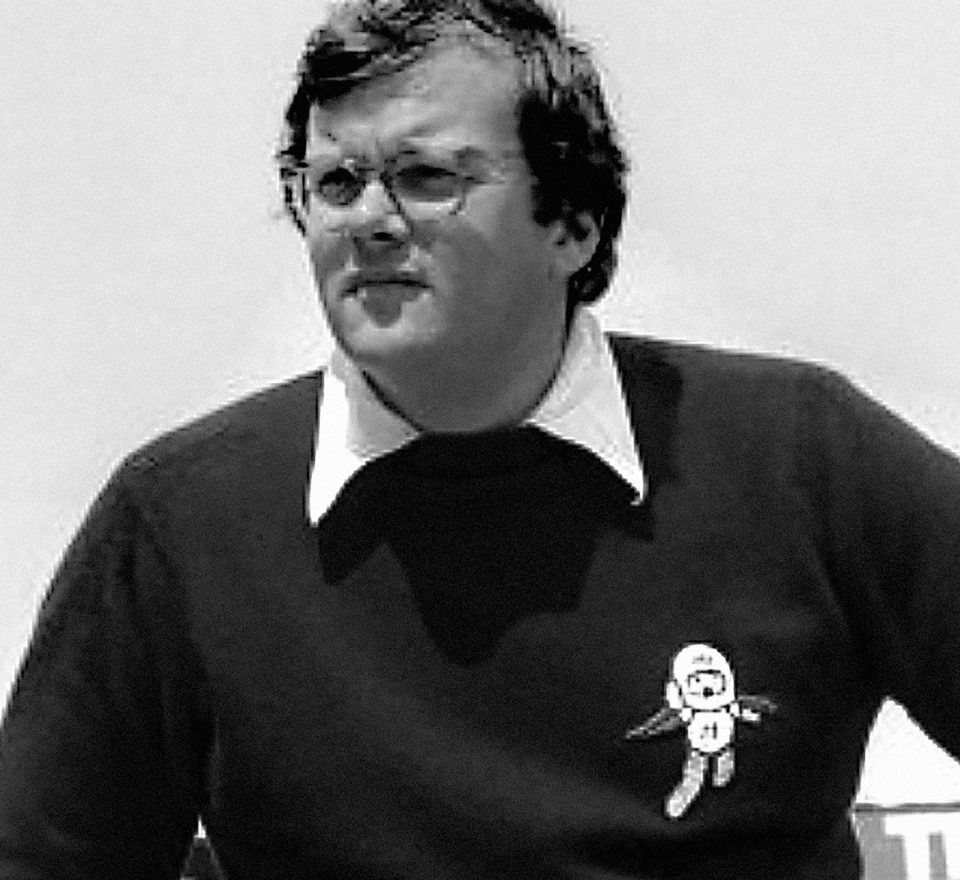 In 1966 an imposing and rather elegant 1931 Rolls-Royce Phantom II rolled into the paddock at Silverstone. This was no ordinary car. She had a movie career behind her, having co-starred with Rex Harrison, Omas Sharif, Ingrid Bergman, Shirley MacLaine, George C Scott, Alain Delon and Jeanne Moreau in the 1965 movie ‘The Yellow Rolls Royce’.

Four racing drivers emerged, wearing their overalls, although each sported a yellow bowtie and a black top hat. They sat down and enjoyed a impromptu lunch of caviar and crackers, with champagne whenever their glasses were empty.

It was a Formula 3 event and Charlie Crichton-Stuart, Piers Courage, Charles Lucas and Jonathan Williams were all taking part. The champagne, serving chauffeur was none other than Anthony ‘Bubbles’ Horsley. They all shared a particularly notorious flat in Pinner Road, Harrow with another motor racing hopeful, Frank Williams (yes, THAT Frank Williams) who slept on the sofa.

Anthony Horsley, born in Newmarket in 1943, was educated at a Dover College in Kent and studied estate management at Cirencester only long enough to realise it was not for him. In 1962 he went to London to seek his fortune, but instead found work first as a restaurant waiter and subsequently as a van driver and sales manager for the Scirrocco-Powell Racing Team based in Shepherd’s Bush.

When Horsley promoted himself to racing driver by acquiring a racing car from a well-known lady racer, Bluebell Gibbs, her name became his nickname, which was then contracted by Piers Courage to Bubbles.

Bubbles spent the mid-1960s wandering around Europe with Frank Williams as Formula 3 nomads, sleeping ‘among the bits’ in the back of a van scraping a living from the prize and appearance money, much as James did a few years later.

‘I don’t think we ever had any highlights in the accepted sense of the word’. The Horsley funded, continental racing adventures ended when he crashed into Frank Williams’ car at the Nurburgring in Germany. ‘I was so busy watching this prune, who later turned out to be Frank, bouncing through the trees that I followed him in sympathy. The net result was a great big binge in Hamburg and back to England with a few quid’s worth of broken car in the back of my van.’

There followed a spell when the smiling face of Bubbles could be seen on British TV, appearing in commercials either as a chef, extolling the virtues of a certain brand of stuffing or as a swimmer, who, having crossed the channel to find his favourite brand of beer, was so disgusted when the waiter shook his head, that he swam all the way back again.

The carless Horsley was twiddling his thumbs one day when another former driver, Nicky von Preussen asked him ‘What are you doing?’ I said ‘Nothing’. So he said ‘Let’s go to Bhutan then’. And we did, in an old Land Rover’.

During his year long tour of the Far East, mainly in India and Nepal, Bubbles sought enlightenment, fished, hunted and spent all his savings.

‘I’d got no bread (money) when I came back, so I set myself up in business, peddling used cars in North London’. The company was called Horsley’s Horseless Carriages, though Frank Williams suggested a more accurate name for the enterprise might be ‘Horseless, Gearless and Brakeless carriages’.

At the end of twelve months ‘hard labour’ Bubbles was restored to the way of life he deserved.

Just about the time when he started thinking about motorsport again, Bubbles met up with Lord Hesketh. Both wanted to go racing and after rejecting Formula Ford, settled on Formula 3. With His Lordship deciding that his own participation was far too risky, there followed a brief spell when Hesketh Racing’s prime target was ‘Bubbles’ Horsley for World Champion.

The plan did not last very long. After a few, enthusiastic performances in international races, Bubbles realised that he wasn’t in the least bit competitive. Much to his own relief, he was promoted to team manager.

But what good was a team manager without someone to manage?