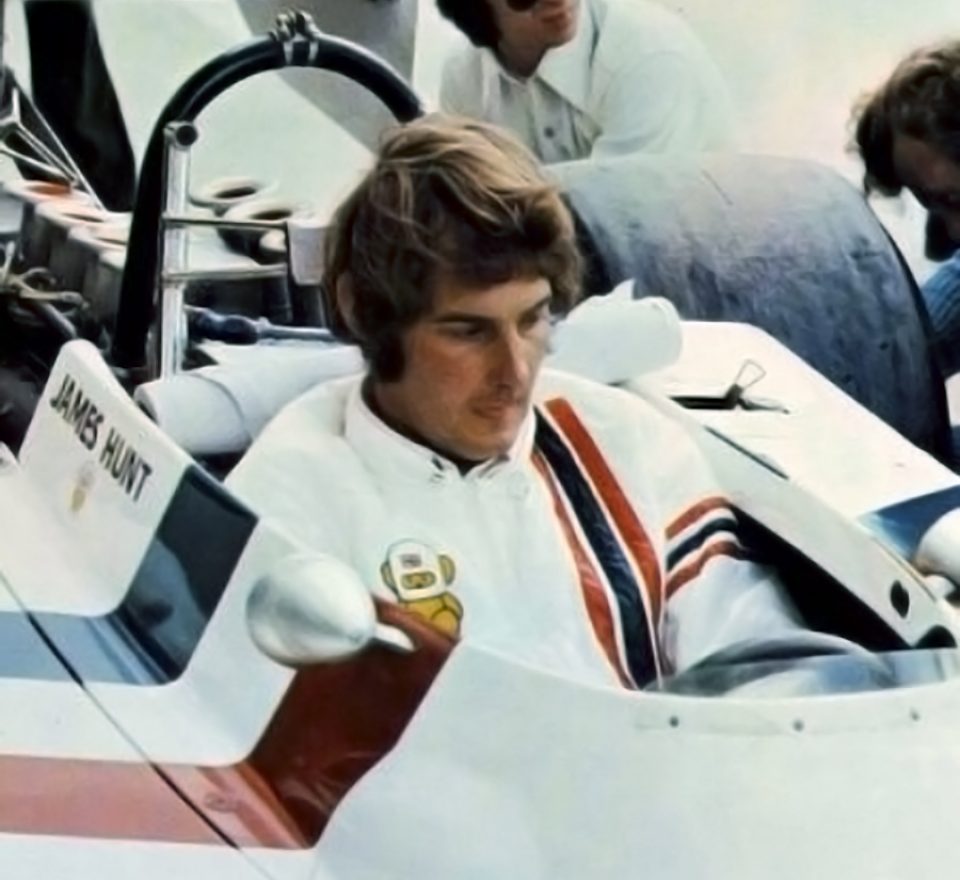 Harvey (Doc) Postlethwaite was born on the 4th March 1944. After leaving the Royal Masonic School for Boys, he studied science at the University Of Birmingham, England, and later obtained a PhD in Mechanical Engineering. He had hoped to be a pilot though when it was discovered that he was colour blind, that dream was scuppered. He did try his hand as an amateur racing driver for a while however before a lack of funds ended that pursuit.

After graduation, Harvey joined Imperial Chemical Industries as a research scientist, but quickly became bored so began to pursue a career as a race car engineer. In 1970, at the age of 26, he joined the March team, working initially on the young company’s Formula 2 and Formula 3 cars. One of March’s customer teams was Hesketh Racing and Lord Hesketh recognised that Harvey could play a vital role in the team’s fortunes.

When asked why he had left March for a team more famous for their off-track shenanigans, Postlethwaite gave one of the best explanations for ever doing anything;

“THEY GOT ME DRUNK.”

He worked to modify and improve the team’s existing March 731 chassis and helped move the team from making up the numbers in 1973 to serious contenders. Before long, Harvey had Hunt running in the top six and their efforts were rewarded with a 3rd at the Dutch Grand Prix, Hesketh Racing’s first podium.

By the end of the year, as the works March flopped, Hunt was challenging Ronnie Peterson and Lotus for victory at Watkins Glen.

For 1974 Lord Hesketh made good on his promise to Harvey that he would finance the team’s first ground-up designed Formula 1 car.

It was not surprising that his design followed very conventional lines. The ‘Hesketh 308’ featured an aluminium monocoque chassis and like many of the competitor’s cars it used a ‘coke-bottle’ shape. Unlike most of the 1974 Formula 1 cars however, the new Hesketh still sported a nose mounted radiator. Power came from the obligatory Cosworth DFV V8 engine, which was used by all top runners except for Ferrari. Probably the most striking design feature of the 308 was the massive airbox, which was also part of Postlethwaite’s modifications for the 1973 March.

Thanks to the simple effectiveness of Postelthwaite’s design, they made their way up the grid to join the front runners. Sporting unusual but efficient rubber spring suspension, the 1975 308 beat the might of Ferrari and Niki Lauda to victory at the Dutch Grand Prix, confirming Postlethwaite’s status amongst the elite of the day.

When James Hunt won the ’75 Dutch Grand Prix, defeating the might of Niki Lauda and Ferrari, it marked more than just the only win the team was ever to achieve, but the debut triumphs for both Hunt and Postlethwaite. There were to be many more for both but the first was always the sweetest. At the end of the year the team finished 4th in the Constructors’ Championship and James Hunt scored points in every race he finished.

In 1976 when the team folded, Postlethwaite went with his cars to the newly founded Wolf–Williams Racing, headed by the oil magnate Walter Wolf and Frank Williams, but the results were poor and the owners soon went their separate ways.

Postlethwaite remained with Wolf, designing the team’s 1977 challenger, the WR1. Success was immediate with Jody Scheckter taking victory at the season’s opening race. Two more wins and a number of podium results followed and Scheckter eventually finished second in the Drivers’ Championship. Although Postlethwaite remained with the team until 1979, they were never to repeat their 1977 success.

The result was no fluke. Postlethwaite was amongst the first to properly realise the potential of sliding skirts/ground effect with the 1978 Wolf. His next car, the WR7, featured a sleek monocoque construction that eliminated the weak joints of previous fabricated designs, which proved very timely, bringing him to the attention of Enzo Ferrari.

Having finally recognised that aerodynamics could no longer be ignored, it was testament to the Ferrari’s faith in Postlethwaite, that he was chosen to lead a new approach to chassis design at the team.

Blending new carbon-fibre construction techniques successfully with the expertise of Mauro Forghieri and the power of the Ferrari’s turbo engine, his first car was the 126C2. It put Ferrari back on top, taking the constructors’ championship in 1982.

Postlethwaite eventually joined Tyrrell. The latter stages of his career mirrored those of his earlier years, working with smaller teams on tight budgets, among them a brief period with Sauber, prior to returning to Tyrrell.

Many of Postlethwaite’s design principles remain fundamental to modern F1 racing, from the pioneering high-nosed Tyrell 019 which recognised the importance of maximising airflow under the car, to the semi-automatic transmission and airbox used as a roll bar.

Some of his most creative developments came when budgets were at their tightest, including hydrolink hydraulic passive suspension, the pneumatic semi-automatic gearbox and the short-lived X-wings; all featured on Tyrrell cars in the 90s.

“He was a great man with a young family, some of the best years of my life were spent in his company. He had charm, sense of humour, real ability and talent and was a great lateral thinker. He took us from nowhere to being a front-running team. He was a tremendous guy”.